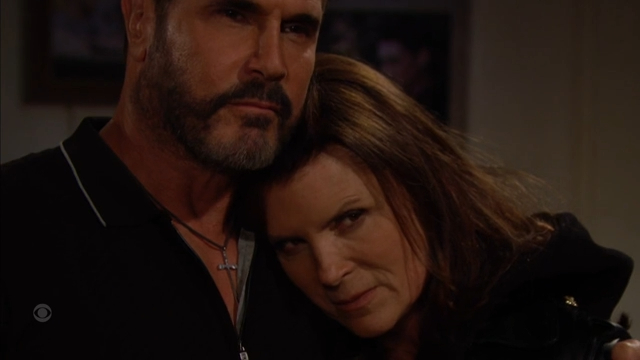 Executive Producer and Head Writer, Bradley Bell previews spoilers for what’s going down with all of the LA residents of Bold and the Beautiful in 2023 with Soap Opera Digest.

Bradley Bell tells viewers “it’s going to be fun and it’s going to be exciting,” and he promises some “twists and bombs and things that are completely unexpected.” He thinks this could be their best year yet!

After the deception, thanks to Thomas (Matthew Atkinson), Brooke (Katherine Kelly Lang), Ridge (Thorsten Kaye) and Taylor (Krista Allen) are trying to look to themselves and try to move on with a new perspective.

They reflect on themselves and after all these years, Taylor and Brooke will learn that they have a lot more in common than they ever knew.

These women are really becoming friends.

Sheila (Kimberlin Brown) has been working — off the canvas — and with Bill being depressed and lonely, he wondered if there was a woman out there who could handle him.

Bill wanted someone he could love who is tough and resilient.

Bill finds Sheila and their relationship and a bond forms.

Bell questions if Sheila really falls in love with him and if it’s for real.

Meanwhile, he questions if Bill is unable to keep her out of prison, though he’s powerful.

Bill’s into this, thinking maybe she’s the one.

Something real happened between Sheila and Deacon, but he’s trying to distance himself from her in order to create a better life for himself.

He wants to be a better person and will take his job seriously and make a go of it as a restauranteur as he takes over running Il Giardino.

The issues include Sheila, of course.

Finn feels a little guilty for letting his mom into their lives and isn’t welcoming her any longer.

Like Steffy and Finn, Hope (Annika Noelle) and Liam (Scott Clifton) will be challenged but in a new way.

“We’ll see if they can survive,” Bell says.

These two together are going to be a slow burn as Carter (Lawrence Saint-Victor) and Katie (Heather Tom) feel there’s something special between them.

They take their time since they’ve loved and lost and are hopeful their relationship will last.

They’re going on a journey together that will include an investigative journey.

Bell says that we know Thomas (Matthew Atkinson) is a brilliant designer and he does things he later regrets.

He doesn’t know why everyone thinks what he’s done is so bad that they needed to toss him out of Forrester Creations.

Thomas will work hard to get back into his family’s good graces and Hope’s.

Zende (Delon de Metz) and the rest of the design team head up the Hope For The Future line now that Thomas is gone.

Zende will have a chance to show what he can do as a designer.

As for him and Paris (Diamond White), they love each other as friends and co-workers but there’ll be someone who will challenge him and vie for the attention of Paris.

Donna (Jennifer Gareis) and Eric (John McCook) are happy and don’t need to rush to the altar but someone’s going to appear who doesn’t like Donna with Eric and they’re so against it that they’ll “challenge their existence in a very aggressive way,” says Bell.

New characters on the way

New characters will be coming this spring, the next generation of characters from all of the families and some new fresh families.