Devastated, Jack Blames Sheila For Li and Finn’s Reaction to His Reveal & Zende Begs Carter to Keep a Secret 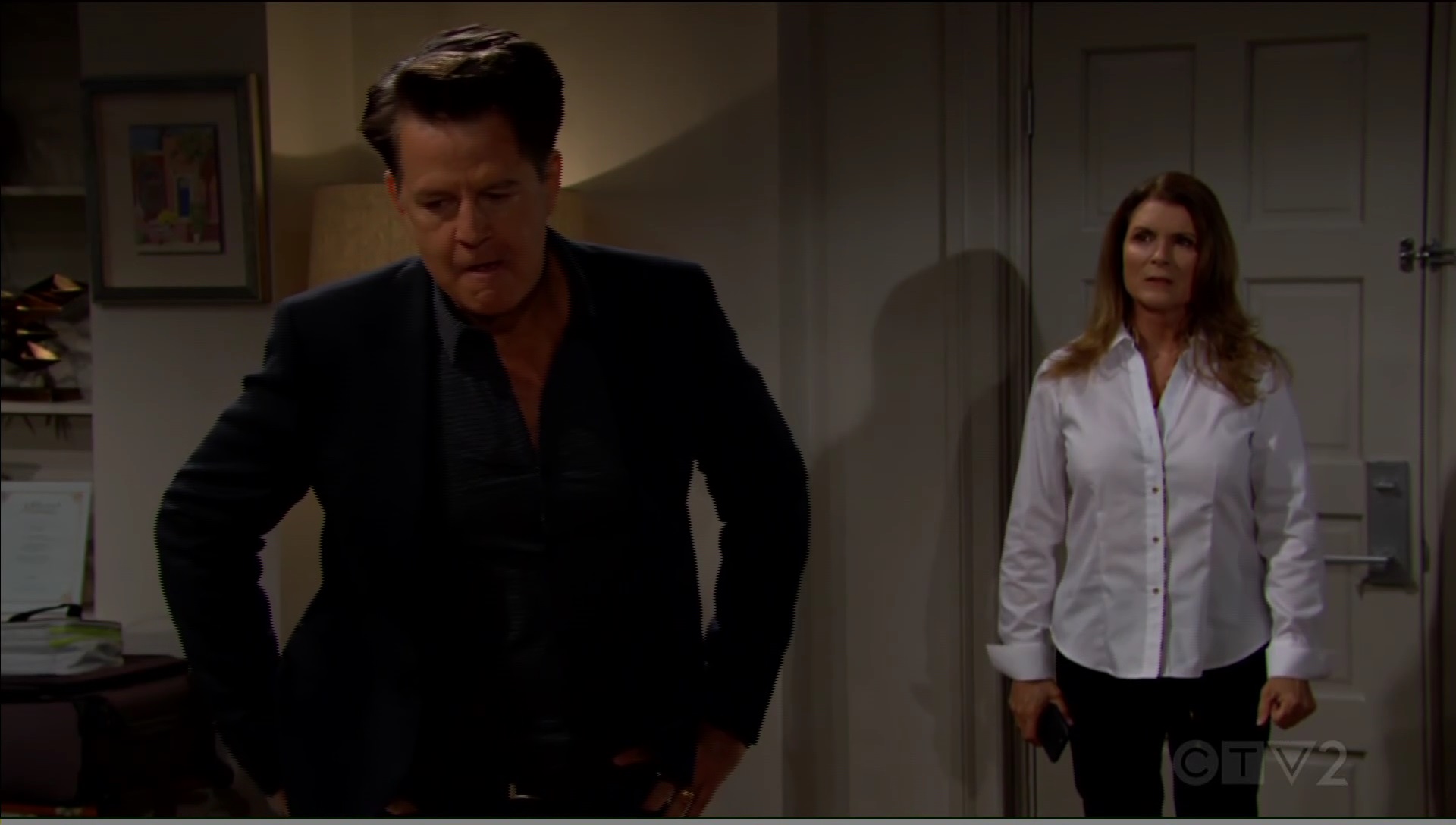 In the Tuesday, November 23, 2021, full episode recap of CBS’ Bold and the Beautiful, Paris tells Carter about Thomas’ advances, Li and Finn try to make sense of Jack’s news, while Jack goes to Sheila for comfort. We also have Monday’s B&B recap where Thomas was let down by Paris and decided to move out of the apartment.

At home, Finn paces. Steffy asks how she can help. He asks if she can turn back the clock. He betrayed both him and his mom. Li’s quiet. Finn’s sorry he hurt her. She doesn’t want him worrying about her. He has so much good in his life. “The fact that your father —” He stops her. He can’t think of him like that after what he’s done.

Finn thinks the pain will go away eventually, but not the scar. He seems more worried for his mom. Li loves his compassion but tells him all she can think about is him. They embrace as Steffy watches. Li says she’ll go back to the hotel to process, though Steffy offers to make up the guest room. Li and Finn profess their love for each other and embrace again. Li goes and Finn and Steffy discuss the evening. Steffy says he has a family that loves and counts on him and he’s not alone. They’ll get through this. They hug and kiss and Steffy lies in his arms on the sofa.

Sheila looks at photos of Finn on her cell before Jack turns up at her door, in a state. He lets her know he told Li and Finn the truth. She can see it didn’t go well. He sits on her bed and tells her it went as expected when you tell your wife and son you’re a cheat and liar. He’s filled with emotion and  doesn’t think Li will stay with him after this.

Sheila’s sorry to hear that. She asks how Finn reacted. All he can think of is how his son can’t stand the sight of him and his wife wants nothing to do with him. He blames Sheila. Sheila tells him this is about Finn and to stop wallowing. This is about how they’re going to help Finn through this. “How I am going to help him.” She talks about how he now understands how she feels being alienated by their son. She is ready to hatch another scheme.

At Forrester, Paris is on her cell fiddling with her earring. Carter finds her. He thought she went home. She tells him that Thomas revealed his feelings for her and then decided to move out. It took her by surprise. Carter looks stunned by the news.

Paris admits she was flattered but told him she wasn’t going to do anything about it. She asks Carter to keep this from Zende. Carter thinks it’s funny that everyone wants her. She rolls her eyes. She thinks that it’d harm Zende and Thomas’ relationship. Carter takes a call and she gets on her cell and looks at her fiances.

Once he’s off the call she tells him she’s trying to be careful since she has to pay off her student loans and now has to pay full rent. Carter tells her about investing and how important it is. He offers to help her out. She’s appreciative. They smile at one another. He’s been wonderful to her. “That’s me, Mr. Nice Guy,” He says. She wonders why he’s still on the market and asks if he has a date. He doesn’t. “I’m hopelessly single,” he admits. She thinks he’ll catch the eye of a smart woman.