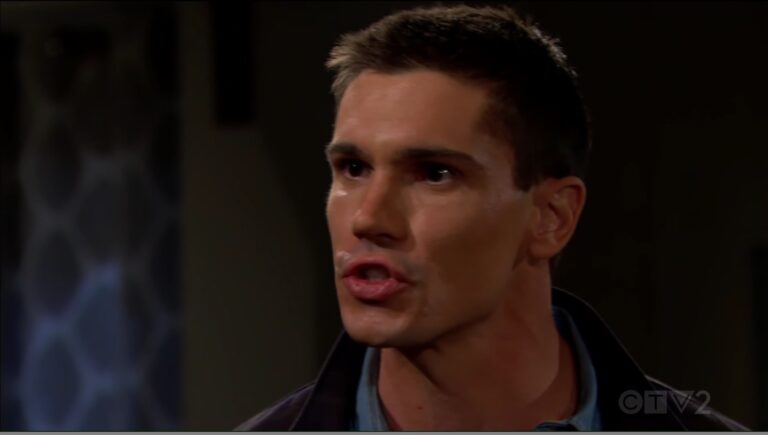 In the Friday, November 19, 2021, full episode recap of CBS’ Bold and the Beautiful, Thomas tells Paris he has feelings for her. We also have Thursday’s B&B recap where Li told Finn that she and Jack knew his biological father.

Li explains that Sheila knew who Finn’s bio-dad was all these years. Finn asks for a name and photo. Li tells him they can do better than that, “Right Jack?” Finn goes on about how many questions he has. Li gets it. She guesses after meeting “the mother” he’d want to meet “the father.” They can make it happen. Steffy asks if he’s in the L.A. area. “Very close,” Jack says. “You’re looking at him.”

Finn looks slightly taken aback at first. Confused. “You and Sheila?” Steffy says, reacting. Jack didn’t know how crazy she was. Steffy asks if she blackmailed him into silence. Jack denies it. Finn finally perks up. “You adopted your own son?” He stands up and is shocked that he knew all along and knew he had questions but said nothing. Jack was ashamed. Jack couldn’t stand losing Li. She realized Sheila couldn’t raise him. “So you cheated and decided to compound the lie?” Jack felt that this was the best thing for him. Finn says that he should have told them the truth years ago. He yells, “How could you do this, Dad?” Jack was trying to protect himself and then Finn after learning who Sheila really was. He asks for forgiveness.

At the Forrester office, Carter picks up paperwork and gets to work. Zende turns up. He thought Paris was there. Carter thinks she left for the day. Zende got caught up in a fitting. Carter thought they might have plans. He says no firm ones but he was hoping. “Maybe she got a better offer.”

Carter assumes he’s having dinner with Thomas and asks if that bothers Zende. “I assume you must have some issues,” Carter says. Zende gets his back up. He trusts both of them. “He’s my cousin!” Carter thinks he should keep his eyes open. Carter sings Paris’ praises and hopes that if he can’t be lucky in love that his friend can.

At the apartment, Thomas lays out some wine and is glad when Paris arrives home. She’s confused. “What is all this about?” He says they may not be roommates for long so thought they’d have a night. Paris thinks Zende might be working late. Thomas and Paris are hungry and he realizes they haven’t spent much time together as roommates. He’s bummed that it’ll end when he gets a new place. “You don’t have to rush,” she says. He’d like to get to know her better tonight.

Thomas pours wine and says it’s confession time. She’s puzzled. He got take out, he didn’t cook. She shrugs it off. They talk about picking up on each other’s likes and dislikes. She asks him not to take this the wrong way but she has a boyfriend and nothing about her relationship with Zende has changed. “You get that, right?” He knows. He tells Zende all the time how lucky he is. Thomas says he’s impressed by her. She thanks him. He calls her smile infectious. And she’s wonderful, caring, kind, and talented. Again, she circles back to telling him she’s taken. He claims to know but keeps up the adjectives. When she walks into a room, he tells her she lights everything up. She’s amazing with Douglas and he’s crazy about her, “And so am I. I really am. I’m falling for you and I’m not afraid to say it, to be vulnerable.” He asks if she can see a future with them. She cracks her neck and rubs it a little when he says he wants more than friendship, “Much, much more.”