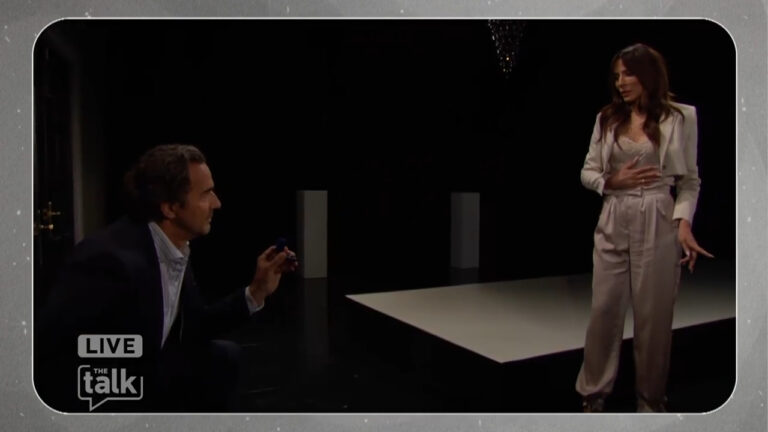 In the Monday, November 14, 2022, full episode recap of CBS’ Bold and the Beautiful, Ridge opens up to Taylor about his feelings, Thomas orders Douglas to delete the app, and Donna tells Brooke about Thomas’ strange behavior.

We also have Friday’s B&B recap where Brooke suspected Thomas’ sabotaged her marriage, and Thomas doubled-down on his manipulation of Ridge.

At Forrester Creations, Taylor tells Ridge she knows it must not have been easy to sign the annulment papers.

He confirms it was necessary and it is done.

The doctor asks him not to bottle up how he’s feeling.

He promises never to hide his feelings from her.

Taylor knows how much he went through with Brooke and she’s sure part of him can’t believe it’s really over.

He thought he’d figured out how to be married but he was wrong.

She wonders if he feels guilty.

They talk about how great their kids are and then kiss.

“There was always magic in our marriage wasn’t there?” he asks.

He has to jog off but asks her to stay by her phone.

She paces around until she gets a text and runs off.

She finds him in another room and he reminds her of the time they shared in their before.

When he turns on a spotlight, he reveals a dress he’s designed.

As soon as she turns around, he’s dropped to his knee with a ring in his hand.

“Yes! Yes!” she yelps, leaping into his arms. They kiss.

At Eric’s, Thomas continues to lecture Douglas about using the voice app.

He tells him it’s disrespectful and needs to stop.

He orders his son to delete the app.

As the kid mopes upstairs, Thomas flashes back to using the app to frame Brooke.

At Brooke’s, she tells her sister that it broke her heart to sign the annulment papers, but she refused to stand in the way if this is what Ridge wants.

She tells Donna that Thomas is to blame for this.

Donna is confused and so is her sister.

Brooke still doesn’t understand what she did wrong.

Her sister doesn’t blame her for not trusting Thomas.

She fills her in about him getting really upset with Douglas.

Donna says he was just being intense about the app.

Thomas interrupts. He tells them that he had to lay down the law with Douglas and then explains he’d like to see Brooke alone.

Donna checks that this is okay and then leaves her sister with him, shooting her a concerned look.

Brooke assumes he’s there to gloat about the annulment.

He confirms it’s nice to see “the good guys win” but that’s not what this is about.

The reason he came is just to say that his dad has moved on.

It should have been done years ago.

“What does that mean, ‘Should have been done?’” she asks.

He claims he just meant his dad should have done this years ago.
She assumes this is all because of something Thomas did.

He accuses her of always hating him. Brooke reminds him she helped raise him.

It’s been hard to support him lately because of the things he’s done.

Thomas accuses her of never supporting him.

If she had, maybe he could have reciprocated. Now, he doesn’t need her trust.

Brooke doesn’t care what she does to him, but he better never hurt her daughter or Douglas.

When Douglas goes to his room, he sits and thinks about erasing the app.

Instead of that, he restores all the deleted files.

As he listens to them, he soon finds the one his father made pretending to be Brooke.

He’s confused so he checks it and realizes his father made the call.

“Does this mean dad called CPS on himself?” the kid wonders.

Thomas returns and his son explains that he restored all of his files.

He tells him about the recording with Brooke’s voice that resulted in CPS coming and questioning them.

Thomas tells him it must be some kind of mistake. Douglas is sure it was on purpose.

“I’m not a dummy dad,” he says, confronting him about making the call to drive Ridge back to Taylor.

Thomas confirms it. He says that Brooke threatened to make the call just before he did.

She doesn’t want them together and Ridge is far happier with Taylor than Brooke.

His son still thinks that what he did was wrong.

It reminds him of when he kept Beth being alive from everyone.

Thomas insists it’s not the same and won’t end the same.