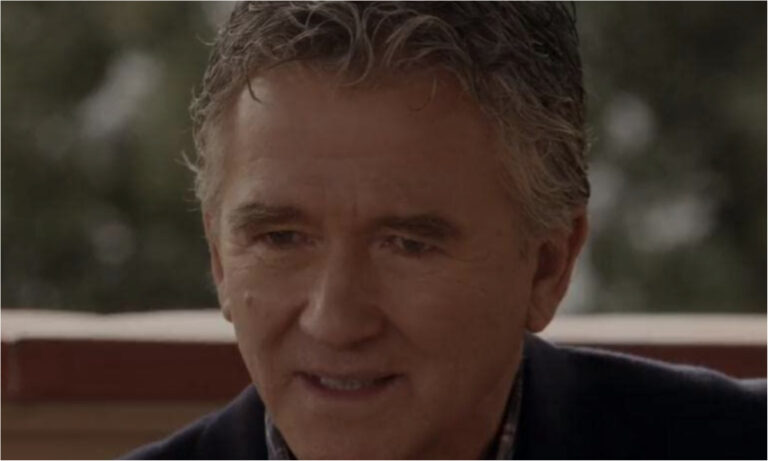 Soaps Spoilers has the Bold and the Beautiful comings and goings for fall 2022.

Casting for B&B will be updated with airdates when they become available.

Readers can find the Bold and Beautiful spoilers for this and next week updated weekly and early.

Stay in tune with what’s coming on the show by following our daily B&B recaps which go live at 2:00 PM EST.

Now, without further ado, SoapsSpoilers has the scoop on who is coming to Bold and Beautiful in the fall and winter of 2022?

Big Brother crosses over to B&B

Taylor Hale, Monty Taylor, and Joseph Abdin will be making their way to Bold and Beautiful in guest roles. Hale teases in the video on the CBS set, “You will not believe where we are. We’re at BB!! Not Big Brother. The Bold and the Beautiful. And we’re so excited to be here filming a really awesome episode to show you all. We can’t tell you when it’s airing, but stay tuned. You’ll see pretty soon.”

Take a look at the clip where they tease this appearance, which should happen in November.

Hollis W. Chambers returns to Bold and Beautiful as another bartender at Il Giardino during the month of August, and November as Paul, and will be in scenes with Deacon (Sean Kanan).

Tracey Bregman will be making a return to Bold and the Beautiful as Lauren Fenmore Baldwin, from Young and the Restless.

Lauren will cross over from Genoa City to Los Angeles during the anniversary for a few days in November.

Should we assume that she’ll run into Sheila Carter (Kimberlin Brown), the woman who made her life miserable for most of the 1980s and some of the 1990s?

For those who weren’t aware, Purl just finished a brief time on General Hospital as Peyton Honeycutt.

The Price is Right model, Alexis Gaube, returned as Petra on B&B June 23. She was seen in scenes with Rena Sofer (Quinn), and will return once more on October 28.

Denise Richards will resume her role as Shawna on October 19.

Alley Mills is heading to General Hospital at the end of October. Details in the link.

Django Ferri recently replaced Henry Joseph Samiri as Douglas Forrester on Bold and Beautiful since Samiri was unavailable to tape.

The actor is taping the new mystery series, The Watchful Eye, as Jasper Greybourne.

It appeared possible that Samiri could return after he’s finished taping the series, but SoapsSpoilers learned that Ferri has replaced Samiri permanently in the role.

This case of musical actors has changed once again and Soap Opera Digest has reported that Samiri is back in the role as Douglas on October 14, while Ferri takes a break from playing the role.

Othello Clark returns to Bold and Beautiful as Othello the realtor starting on October 4 and October 12 in a very brief scene where he pops up and watches Brooke and Ridge talking about ending their marriage.

Angela Bishop (Channel 10 entertainment reporter in Australia) returns as JJ in a scene with Bill (Don Diamont) on September 22.

Some will remember her as Ridge and Brooke’s wedding planner.

Alexes Pelzer who will appear on Bold and the Beautiful at  Il Giardino this week as ‘Blonde’ is none other than Kimberlin Brown’s (Sheila) daughter.

Sophia Paras McKinlay returns taping at the CBS studios as Kelly Spencer and will return to B&B starting on August 24 as Remington Blaire Evans exits the role as a temporary recast.

SoapsSpoilers has reported the news that Rena Sofer has left Bold and Beautiful. Her explanation is shared within the link.

Steven Christopher Parker heads to Bold and the Beautiful as Jordan, Deacon’s parole officer, who contacts Sharpe on August 19.

Detective Alex Sanchez will be making a return starting on August 11. Find out what he’s up to in the August 8-12 B&B spoilers.

James Ripple makes another appearance as the bartender at Il Giardino, starting on August 12.

Actress and model Ayda Field guest stars on Bold and Beautiful as a mystery woman named Cecile. All we know so far is her name and that she’s French. Field has played Angela Moroni on Days of our Lives from 2000-2001.

It turns out that Li is alive — not that we had any doubt. Look for Naomi Matsuda to return as Li on July 21 in scenes with Bill (Don Diamont). She’ll be a little dishevelled.

Bold and Beautiful brings back Vincent Irizarry to the show as Dr. Jordan Armstrong, when Bill (Don Diamont) calls the doctor to come have a look at Li (Naomi Matsuda). We haven’t seen Irizarry on the show since August 2019 when he treated Thomas (Matthew Atkinson) for the cliff fall. Watch for the good doctor on Monday, July 25. Thanks tot @_chickymonkey for posting about this on Twitter.

Ryan Stroud returns to Bold and Beautiful on July 25 as the Forrester pilot, who takes Taylor (Krista Allen) and Ridge (Thorstyn Kaye) to see Steffy (Jacqueline MacInnes Wood) in Monaco.

Dan Martin is back to Bold and the Beautiful as Deputy Chief Baker starting July 11.

Pam is back on the scene as Alley Mills brings her back into the fold. Watch for her return on July 12.

Jack’s back! We haven’t seen Jack for a long while but the wait is finally over. Ted King returns as Jack Finnegan on Tuesday, July 5.

There’s a new face coming to Bold and the Beautiful. Remington Evans will be debuting as the new Kelly. Evans, some have seen on Gigi Hawkins on The Resident.

The last actress who portrayed Kelly was Sofia Paras Mckinlay, who was last seen before Steffy took the family to Europe. Take a look at the video with Evans and Krista Allen (Dr. Taylor Hayes), where they chat about acting.

Jacqueline MacInnes Wood returns to Bold and Beautiful as Steffy Forrester in scenes in Monaco on Monday, July 4.

The actress is back from her maternity leave. Read the B&B summer previews for Steffy and Finn, which should make SINN fans rejoice!

Ken Hanes returns to Bold and Beautiful June 9 when Mike Guthrie reappears as a prison guard. If readers will recall, Mike first appeared in 1993 and was seen off and on as a security guard.

Hanes will also be seen on June 22 in scenes with Sheila (Kimberlin Brown).

The actor returns once again on Monday, June 27, 29 and 30 and July 11 in scenes once again with Sheila.

George Gray (Price is Right announcer) appears as a waiter on Monday, June 27 in scenes with Quinn (Rena Sofer) and Bridget (Ashley Jones).

This is Gray’s debut on Bold and the Beautiful.

Dick Christie is back as Charlie Webber on June 23.

Grace will be seen a little more often during the end of June as Cassandra Creech has taped episodes of B&B to air on June 27, 28 and 29.